Those who knew Paul G. Allen at Washington State University were taken with both shock and sadness when they learned of his death last week.

Allen, 65, was a noted technologist, philanthropist, community builder, conservationist, musician and supporter of the arts who attended WSU from 1971‑74. He died in Seattle from complications of non‑Hodgkin’s lymphoma on October 15th.

“Paul Allen was a man of great compassion and vision,” said Kirk Schulz, president of Washington State University. “He understood the power of philanthropy to improve the human condition in this country and around the world.”

Allen was presented the Regents Distinguished Alumnus Award in 1999. The highest … END_OF_DOCUMENT_TOKEN_TO_BE_REPLACED

Amazon will provide up to $300,000 to WSU to launch the initiative, providing funding and mentorship to support bold, globally impactful and disruptive projects proposed by members of the university community. The Amazon Catalyst program will support the expansion of the entrepreneurial ecosystem across the WSU system.

Grants will be available to students, staff and faculty across all of WSU’s … END_OF_DOCUMENT_TOKEN_TO_BE_REPLACED

“For Scott, it’s about students,” said WSU President Kirk Schulz. “He has a real passion for creating meaningful opportunities for WSU students to hone their skills, expand their horizons, and prepare to be leaders in their chosen field and in … END_OF_DOCUMENT_TOKEN_TO_BE_REPLACED

Lisa Calvert, a development and fundraising expert with more than 30 years of experience, has been named vice president for advancement at Washington State University and CEO of the WSU Foundation. She will start at WSU on Oct. 25.

She has served in a variety of executive development and fundraising positions during a career in higher education and the nonprofit sector.

Calvert will serve as WSU’s chief fundraising officer, leading efforts to build a comprehensive, integrated development and external engagement strategy that will maximize private support and investment. She will oversee the WSU Foundation and all development efforts statewide, as well as the WSU Alumni … END_OF_DOCUMENT_TOKEN_TO_BE_REPLACED

“This is a testament to each and every generous individual and organization who believe in WSU and want to be a part of instilling a margin of excellence across the University,” said Gil Picciotto, interim vice president for advancement and CEO of the WSU Foundation. “Regardless of where our donors chose to contribute—be it scholarships, research, liberal arts, medicine, athletics, etc.—their support demonstrates their faith in the … END_OF_DOCUMENT_TOKEN_TO_BE_REPLACED

Washington State University’s power engineering program will establish the Edmund O. Schweitzer III Chair in Power Apparatus and Systems in the Voiland College of Engineering and Architecture, thanks to gifts totaling $1.5 million from Edmund and Beatriz Schweitzer, and the employee owners of Pullman-based Schweitzer Engineering Laboratories.

“We are humbled by the generosity of Ed and Beatriz, and Schweitzer Engineering Laboratories (SEL), and excited by the leadership and vision they demonstrate with the creation of this new endowed chair in Voiland College,” said WSU President Kirk H. Schulz. “The Schweitzers and SEL are writing a new chapter in their legacy for investing in WSU’s faculty … END_OF_DOCUMENT_TOKEN_TO_BE_REPLACED

Washington State University announced the creation of the Alexandra Navrotsky Institute for Experimental Thermodynamics, made possible by a $1 million gift from Alexandra Navrotsky, Distinguished Interdisciplinary Professor of Ceramic, Earth and Environmental Materials Chemistry at University of California-Davis.

Navrotsky recently made a similar gift to UC Davis.

The new WSU institute will be part of the Gene and Linda Voiland School of Chemical Engineering and Bioengineering.

Navrotsky’s gift will create an endowment to support experimental thermodynamics research. The endowment will be used to advance the careers of aspiring scientists, including two of Navrotsky’s former Ph.D. students who recently joined WSU’s chemical engineering and chemistry faculty. … END_OF_DOCUMENT_TOKEN_TO_BE_REPLACED

The Wine Spectator Scholarship Foundation will donate $1 million to the Washington State University Viticulture & Enology Program, the first of its kind in the Pacific Northwest.

Announced at the annual Auction of Washington Wines Gala on Aug. 19 in Woodinville, Wash., the donation will be dedicated to teaching labs and facilities as well as scholarships for viticulture and enology students. 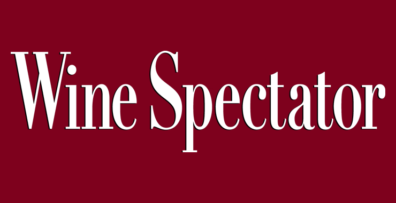 Half of the $1 million donation will support the build-out of the Life Science Teaching Laboratory at the Ste. Michelle Wine Estates WSU Wine Science Center — … END_OF_DOCUMENT_TOKEN_TO_BE_REPLACED

Students in the Spring 2016 Advanced Tectonics (ARCH 531) course taught by Omar Al-Hassawi were challenged to address an issue with complex roots. Their assignment: develop innovative architectural solutions for temporarily sheltering the homeless.

According to the National Alliance to End Homelessness, as of the last official count, about 564,708 people experience homelessness on any given night in the United States. The Alliance also estimates that in a year, there are approximately 550,000 unaccompanied, single youth and young adults up to age 24 who experience a homelessness episode of longer than one week. Approximately 380,000 of those youth are under age 18. These statistics are … END_OF_DOCUMENT_TOKEN_TO_BE_REPLACED