“The engagement and dedicated service demonstrated by each of this year’s Outstanding Service Award honorees is extraordinary,” said John Gardner, WSU Foundation CEO and Vice President for Advancement. “Their leadership opens countless doors for Washington State University to partner with private supporters whose generous investments create opportunities for Washington State University faculty, research, and students to make a difference in our state and world.” 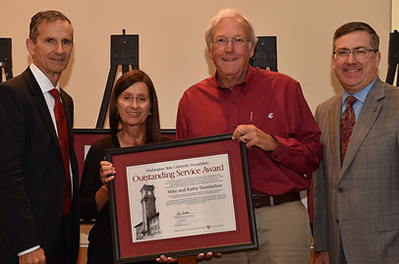 Mike (’71, Ed.) and Kathy Hambelton, second generation Cougs, made the most of their time at WSU and want others to do the same. After Mike graduated, he worked in sales and marketing for the tree fruit industry. Then, together, the couple formed a partnership with two other Cougar couples to start Double M Orchards. Through gifts and an estate plan, Mike and Kathy will help students receive an outstanding and affordable education. They are active volunteers for WSU and its College of Agricultural, Human, and Natural Resource Sciences (CAHNRS), and have created a scholarship fund to benefit students pursuing their educations in CAHNRS. 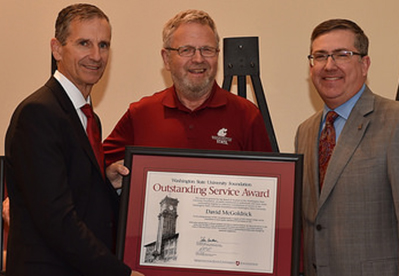 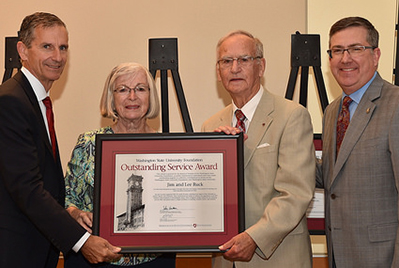 Jim (’54, Chem.) and wife Lee Ella (’54, Hum. Dev.) Ruck met at Washington State College, and demonstrate loyal and generous support to WSU. Before retiring, Jim worked as an industrial engineer at Boeing in Everett, insurance salesperson, and as production manager for the Washington State Department of Corrections in Monroe, Wash, and Lee worked for many years as a teacher. In 2015, Jim received the WSU Alumni Association (WSUAA) Alumni Achievement Award in recognition of six decades of dedication and service, and that same year, the couple received the CAHNRS Alumni & Development Volunteers of the Year award. They’ve established graduate fellowships in chemistry and food science/human nutrition, and provided a gift for the construction of the Indoor Practice Facility for Cougar Athletics. 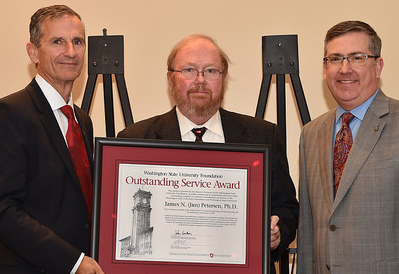 In his current role, Dr. Petersen articulated a vision and applied leadership to raise the bar for WSU’s already strong reputation for conducting high-quality research that advances the energy sector. Among his many successes, Dr. Petersen’s efforts to engage alumni and supporters in this vision helped the program secure the then-largest individual gift in WSU history. 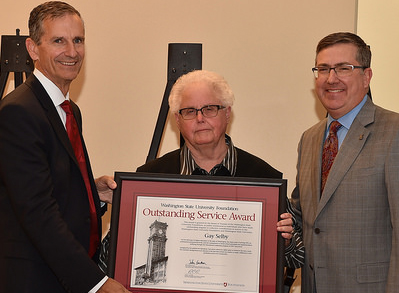 Dr. Selby is a tireless advocate of higher education in Washington state, having served in several professional and personal capacities, including the Higher Education Coordinating Board, and as a member of the Association of Washington School Principals/Office of Superintendent of Public Instruction Advisory Committee for State Internship Programs. She has earned both the Superintendent of the Year and the WSU Alumni Achievement Award.