Amy Giustino, ’95, can trace the roots of her philanthropy to childhood and an important lesson from her parents: Be generous, even if you don’t have much to give.

“We grew up with the understanding that you should bless others as you have been blessed,” Giustino says.

That mindset took a clearer form during her junior year at WSU, when she started a student assistant job at the WSU Foundation. She watched former president Sam Smith lead Campaign WSU and was inspired by the generous spirit of Cougar alumni to become a part of that process. 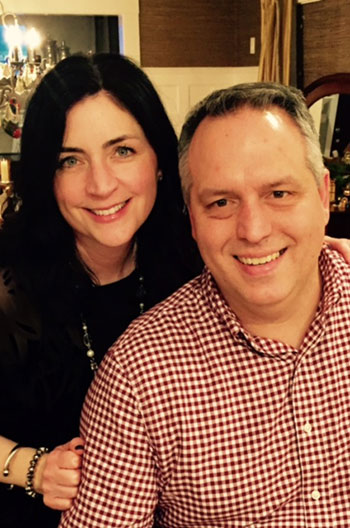 Also during her junior year, Amy met her future husband, Mark, ’95. As active members of the Greek system—Amy, Kappa Delta and Mark, Delta Chi—the couple formed a strong connection to the WSU community.

Giustino’s involvement level has continued to grow since her graduation. She served on the Marketing Advisory Board for the Carson College of Business, then stepped up into the role as a WSU Trustee. Now, she’s co-chairing the President’s Associates Committee. Giustino is passionate about WSU and its successes, and she’s focused on educating fellow alumni on their ability to get involved and make an impact.

“I love the WSU pride shown by Cougs around the world,” Giustino says. “I feel that there is a huge opportunity to educate and inform fellow Cougs from all graduating classes about giving at different levels and finding ways to get involved.

“I want to challenge all Cougs to ‘Coug Up,’ and give back to WSU!”