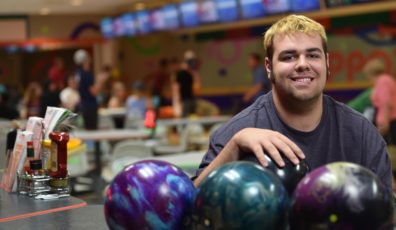 Washington State University math major Chance Mair started bowling at age five. And he must have been pretty good because four years later he entered a tournament, his first, as an alternate, and ended up winning the entire thing! Some people might chalk the victory up to luck, others might call it “chance,” but the fact is he loves and excels at bowling—and much more.

Chance hails from Marysville, Washington, and is a first-generation college student. He was on the high school bowling team all four years. When he was a freshman, he asked a few teammates to join him at the Washington State Youth Open Tournament. They ended up taking first place and winning scholarship money. Junior year, they moved up to Division 2 in the Washington High School State Bowling Championships and won their first high school sports trophy for Most Inspirational Team. During Chance’s junior and senior years, he was named to the 2nd Team All-State and as a senior, Chance made team captain.

Besides bowling, Chance succeeds in academics, especially math. He was class valedictorian. Reflecting on when he was selecting a university, he said, “I toured so many. But when I came to WSU’s Pullman campus, I knew it was the right place.” Everyone who passed him and his parents, said “Go Cougs.” Chance remarked, “It felt great to witness that sense of togetherness.”

In addition, when they met with different groups of people at WSU,” Chance said he felt as though they were really trying to give him and his parents all the information they needed.” And when it came to the Palouse area, with its rolling hills and beautiful sunsets, Chance said, “Freshman year, I called my mother and told her Pullman was the happiest place on Earth.”

The tour of WSU made Chance feel comfortable and excited. He decided WSU would be a university where he could achieve his goals, having set his sights on STEM education.

Like many other freshmen, during his first year at WSU, Chance faced his share of obstacles, one of which included seeing his chemistry grade fall. He said, “Even though I struggled in Chemistry 105, I learned a 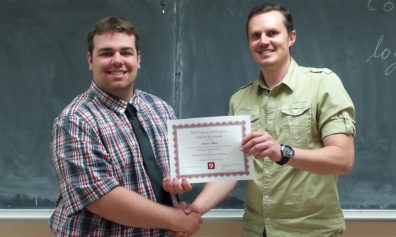 lot, including how to interact with the faculty.” Meeting with instructors enabled Chance to make sure he was understanding his assignments. “WSU instructors are approachable,” he said, “and easy to talk to.” Next semester Chance plans to double up on math courses to explore different branches of that field.

Chance faced another disappointment freshman year when he fell ill right before the WSU bowling team tryouts and missed the cut by one spot. But instead of letting that “gutter ball” ruin his game, he focused his energy more tightly on academics.

As it turned out, Chance was able to join the non-traveling bowling team and coach children. “On Saturdays during the youth league,” he said, “I help guide the new kids by showing them lane etiquette, arm swing, and speed control. It’s especially rewarding to see the younger children improve. They smile because they’re figuring out how things work. I always hope they’re enjoying the experience as much as I do.”

On their own, Chance’s accomplishments are impressive, but what makes them extraordinary is that early in life he was diagnosed with Asperger Syndrome. Recently, this condition has been included in a broader category called autism spectrum disorder (ASD). Doctors call Asperger’s a high-functioning type of ASD, meaning the symptoms may be less severe than previously thought.

Here’s what Chance had to say: “Having ASD means I can request specific accommodations in some of my classes. So far, I haven’t felt the need to request any, but I have been able to hand an instructor the accommodation letter that explains my ASD. Since the professors and I hardly know each other at the beginning of the term, the letter makes communicating less stressful.”

Partly because of his ASD, Chance prefers studying quietly or doing homework in his room to participating in crowded social functions. But he’s not anti-social. “When I first got to WSU,” he said, “I wanted to join the Math Club. Unfortunately, I had chemistry lab the same night. So, when second semester came around, I made sure I knew when the Math Club met so I could appropriately schedule my classes. At meetings, I enjoy hanging out with others. We play late-night board games, have pizza parties, and help out on Pie Day.”

Not surprisingly, Chance is in the WSU Honors College. He said, “I love the small class sizes. They are a benefit, especially with my ASD. For me, it’s easier to understand the concepts, communicate, and ask questions when the atmosphere is less intimidating.”

It Takes a Village

Some folks say “It takes a village to raise a child.” Well, luckily for Chance, he’s had a village of mentors who’ve helped him along the way. “From the beginning,” he said, “my parents have been my biggest supporters. Both encouraged me to take advantage of the opportunities they never had. And while they explained how important academics are, they never pressured me simply to stay home and do homework. I did that myself.”

Chance said his mother really encouraged him to try new things and branch out socially. “Without her nudging,” he said, “I might never have started bowling or joined other organizations.” 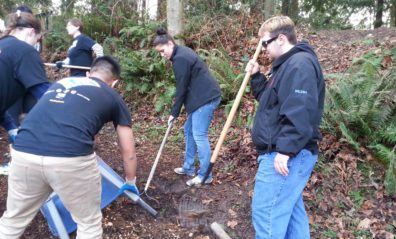 Chance’s parents also urged him to become a volunteer, something he enjoys. He works with the United Way of Snohomish County and has participated consistently in the Blood Works Blood Drive and Martin Luther King Jr. Give Day. The latter, Chance said, is especially significant because it involves giving up a day of school vacation to go out and give back to the community. Chance enjoys being outdoors and often chooses beautification events or ones that include park and trail maintenance. This fall (2016) he registered to help incoming Cougs move into their dorms. He said, “Everyone was so nice and helpful when I moved in, and I want to return the favor.”

Chance’s first teacher, Carol Sherard, has been one of his biggest advocates. She’s followed his academic and sports careers, and they’ve kept in touch through email and his occasional visits to the elementary school. It was Carol who first realized Chance’s potential and saw he could achieve more than others had previously thought.

Because Chance had a hard time focusing, while he sat in class he wrote out numbers: 1, 2, 3, 4. Some adults recommended Chance stop writing numbers and read a book or play with toys. But Carol, sensitive to Chance’s ASD, encouraged him to continue doing what he enjoyed and believed it to be just as beneficial as other activities. She gave him blank charts so he could continue writing numbers. Chance said, “I think I wrote to a 1000 during kindergarten.”

After having had Carol as a teacher, Chance’s parents expected the same caring treatment from other teachers. If and when that didn’t happen, they searched until they found a school or program that was a better fit. Moving around was a challenge for Chance. “As an ASD person,” he said, “creating deep and lasting relationships is hard. As I matured and branched out, I found my best relationships at the bowling alley.”

“All the teachers who mentored me or gave me advice before I went to college were STEM teachers.” Chance said, “I’d also like to give a few coaches’ credit for being great mentors. When you have ASD, playing sports isn’t easy. You want to be part of a team, but you often don’t know how to fit in. I’ve found that team sports with individual play are the best fit for me.”

Another influential adult in Chance’s life was his tennis coach, Arnie Moreno, who came to Marysville every summer and ran a tennis program for the “parks and rec” department. Arnie is a WSU alum. “When I was about ten,” Chance said, “my mother talked to Arnie about my ASD. He said it wasn’t an issue, and I could play just like everyone else. He always treated me as though I were no different and that I could do anything. Arnie pushed me as hard as everyone else. I thank him for that.” 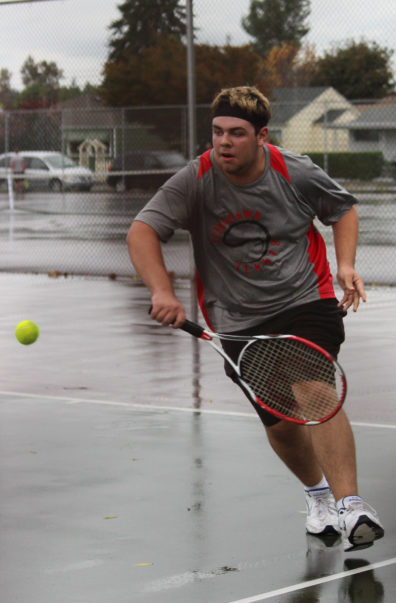 Chance said the scholarships he received opened doors for him in math and science. They enabled him to enroll in many different STEM courses and encouraged him to explore pathways he might otherwise have missed. “One of the requirements of a scholarship I received,” he said, “was to take at least two STEM courses each semester. Coming from an area that offered few STEM choices, I felt this requirement really pushed me to discover areas outside my comfort zone, which is math. I’ve also taken full advantage of the physical science classes now available to me.”

Chance wants his donors to know just how much their support has helped him and to make them proud. He’s well on his way to the latter goal. Besides being part of the Honors College, Chance is a regular on the WSU President’s Honor Roll and will soon serve as treasurer of the Math Club. This school year, he will again try out for the WSU Bowling team.

Chance is truly grateful for the Coug Family feeling both on and off campus. “I like when I walk by someone in my WSU T-shirt,” he said, “and they say, ‘Go Cougs!’ It makes me feel I’m part of a big family.”

Chance plans to attend graduate school and/or go into research, furthering his education in math and science to help discover new methods of diagnosing Autism-related symptoms.

“As a student on the Autism Spectrum,” he said, “I like being a positive role model and setting an example of what can be accomplished through hard work, perseverance, and an ‘I’ll try anything’ attitude.” After completing his graduate degree, Chance plans to settle into his career, saving free time, of course, to compete on the Professional Bowlers’ Tour.

“I wouldn’t change the way things worked out for me.” 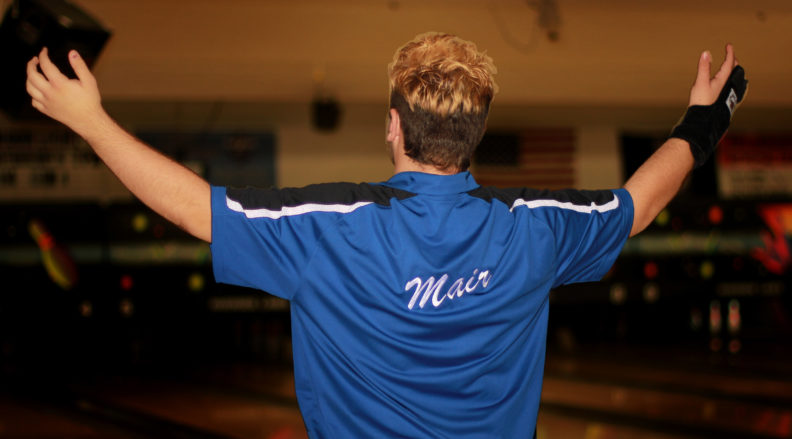