You’re probably familiar with the new high-resolution scanner (the Zeutschel Omniscan 14000 AO) that is helping The Libraries at WSU to preserve historical documents. But do you know the story about how The Libraries were able to purchase such an advanced piece of equipment? 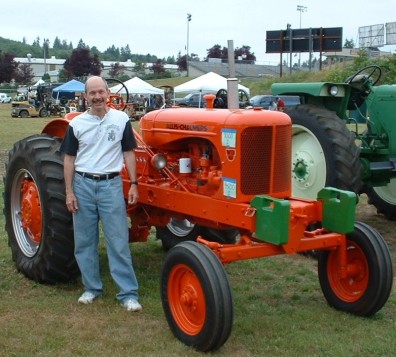 After two years of fund-raising and with gifts from more than 80 generous donors, The Libraries were still $5,000 shy of the $125,000 needed to purchase the machine. That’s when WSU alumnus Ron Fowler—who just so happens to be passionate about honoring and preserving history—came onto the scene.

Having written and published ten non-fictional books, Ron (’69 Ag.) is a familiar figure among local historians in his hometown, Rochester, Washington. While researching for his books, Ron has witnessed and experienced a technological revolution in historical research methodology. Thus, Ron did not hesitate to contribute the remaining amount needed for The Libraries at WSU to make the purchase, helping to digitally preserve items and provide the type of research support expected in an increasingly technological world.

“WSU Libraries contain an incredible quantity of information. Providing users with access to that information in this ever-developing electronic age means we have no choice but to help The Libraries keep pace and evolve to continually provide world-class tools and services,” says Ron.

But preserving historical documents is not the only way he is supports WSU.

Ron, who grew up on his family’s Black Angus cattle ranch and later studied agricultural economics at WSU, originally planned to manage his family’s farm. However, after his parents decided to sell the ranch and retire, he instead enjoyed a 30-year career in commercial insurance underwriting. In addition to supporting The Libraries, Ron is a regular supporter of programs within the College of Veterinary Medicine and the College of Agriculture, Human, and Natural Resource Sciences. Ron’s support honors the WSU-trained veterinarians who helped his family care for their registered Black Angus cattle and helps to bolster the program in which he earned his college degree—the program that he says is “the key that unlocked my door to success.”

Today, Ron is finalizing plans to establish The Triple R Ranch Agricultural Animal Scholarship Endowment Fund in the College of Veterinary Medicine to help students who will specialize in one or more aspects of agricultural animals: diseases, nutrition, diagnostics, surgery, breeding, genetics, or medicine. The scholarship will be a lasting tribute to the commitment shared by his parents, the late Ralph and Ruth Fowler, and will preserve in perpetuity their enduring pride in the international reputation of the faculty, students, and programs at WSU.

Ron has supported WSU for more than 30 years, 22 of which at the President’s Associate level.