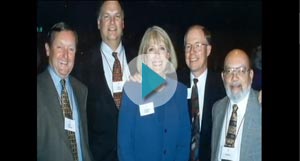 Jacque led the Washington State University Foundation Board of Trustees as Chairman from 2000 to 2002 and was a catalyst in helping WSU become a “World Class. Face to Face.” institution.

Jacque received the Dorothy and Duff Kennedy Making A Difference Award from the College of Pharmacy in 2001, and the WSU Foundation Outstanding Volunteer Service Award in 2005.

Jacque and her husband Rick are Silver Laureates of WSU.