“When I was a kid, I fell in love with science and have never changed my mind,” says Brianna Knode.

A third-year student at Washington State University, this accomplished Coug will graduate in Spring 2022 with a Bachelor of Arts in chemistry and a Bachelor of Science in genetics and cell biology.

As a child, Brianna was nurtured with STEM. “I come from science,” she said. “My mother, grandmother and grandfather were all in STEM professions and I’m sure being around scientists had a lot to do my career path. I always watched PBS Science! KIDS with my parents and distinctly remember the first career I wanted was to be a veterinarian. I’ve just always had a natural connection with the sciences.”

During her childhood, Brianna also learned about the valuable contribution of community service.

“Our family regularly volunteered at our church, food banks, and shelters,” she said. “This probably influenced why I want to help people, and why my passion for science is connected with service to community.”

By the time she started high school at Henrietta Lacks Health and Biosciences High School in Vancouver, Brianna had excelled in school and her goals for a future in the sciences were in place. Then, early in her junior year, an unforeseen, daunting obstacle landed in her path – a life-altering gastrointestinal condition. Painful, debilitating, and accompanied by immeasurable unknowns, this illness caused Brianna to miss more than 100 days of school her junior and senior year of high school.

The condition impacted every aspect of her life and raised concerns about how it might limit her plans for the future. Nevertheless, though her physical health was unstable and caused uncertainty about what was ahead, Brianna decided to focus on what was in her hands. Throughout this difficult time, she opted for courageous choices and decisions every day.

“I had to learn to advocate for myself, study school material on my own, stay up to date on assignments, and uphold all of my responsibilities while I was ill at home. At the same time, I had to learn how to manage my health, including medications, doctor’s appointments, and dietary restrictions – all of which eventually led to the management of my condition.

“I came out better for it,” Brianna said. “But this was a big challenge for a teenager.”

“Brianna’s illness was a long path,” said her mother, Cara. “There were lots of doctor’s appointments and unknowns. Sometimes, she would be ill for days in a row, but would still spend hours in the afternoons and evenings teaching herself, creating her schedule, and navigating all of it with her teachers.”

Through this arduous journey, Brianna’s commitment to her studies and goals deepened. Resilient and determined, she remained steadfast to her belief in the future and became more motivated to pursue a career where she could help others in need like herself.

With her vision firmly in place, Brianna began a college search. Three schools, including WSU, made the final list. However, Brianna hadn’t initially considered WSU.

“It wasn’t my plan to apply to WSU, but my mom suggested we visit Pullman for a weekend. We toured the campus and I fell in love with the atmosphere. So, I ended up applying to WSU.”

Along with her entrance application, Brianna also applied for the Distinguished Regents Scholar award. This scholarship, which covers four years of tuition and mandatory fees, is awarded to only ten students each year who have demonstrated a commitment to academic excellence.

Brianna was both accepted to WSU and selected for this prestigious scholarship.

THE IMPACT OF SCHOLARSHIPS

“The Distinguished Regents Scholarship changed everything for me,” she said. “In high school, I had this idea I would go to college and take out hundreds of thousands of dollars in loans for medical school. I was of the mindset I’d have to take on massive loans, and was prepared for that, because I was set on becoming a doctor.

“After I enrolled at WSU, I started receiving other scholarships and my situation really changed. I didn’t have to pay for tuition or housing, or work 40 hours a week like I’d planned.”

Though the scholarships did not alter Brianna’s passion or goal to help others through a career in science, they changed the direction of that path and opened new doors to exploration and discovery. “I had more free time and that got the ball rolling to start a second degree in genetics,” she said. “Doors also opened to pursue research. I applied to several labs and was accepted to work in one. I discovered I love research and the hands-on of it. My career path changed from pre-med to a pre-PhD track.

“The scholarships alleviated a lot of stress. I will graduate with no debt and a new career path. None of this might have happened without these scholarships.”

Brianna has also had opportunities to volunteer and learn leadership skills. She serves as a Chemistry Major Ambassador for the College of Arts and Sciences and works with prospective science students and their families.

“Brianna is one of my most outstanding chemistry majors in my time at WSU,” said Dr. Jeremy Lessmann, Clinical Associate Professor in Chemistry. “Her course work has always been at a high level, especially since she is also working on a bachelor’s in genetics and cell biology.

“What I love most has been the initiative she’s shown in one of the most important aspects of being a chemistry major which is getting involved in research early in her career at WSU. Brianna will be an outstanding representative of WSU in her postgraduate life.”

Those postgraduate plans include earning a PhD in biochemistry, pharmacology, or a related field and then pursuing a research career. However, Brianna’s path to the future was remapped during the past year. As for most students around the world, her college experience was vastly altered as the result of Covid-19.

“I live in Pullman because I’m doing research, but I’m taking classes virtually and living alone,” she said. “Being isolated because of Covid has been socially difficult and also impacts my motivation. I’ve been learning how to actively manage and work around those challenges.

“It’s taught me some new life skills. Keeping a positive attitude is really key, and though it’s hard now, I know it will be important in the future.”

This resilient positivity has been Brianna’s hallmark since she was a child.

“Throughout her life, Brianna has shown a level of resilience that is quite rare. I’ve especially seen it this last year during Covid-19,” her mother said. “In 2020, she applied for countless internships and international opportunities, just to have the doors close on her. These setbacks are not without frustration, but she quickly recovers, turns around and asks herself ‘What are my options?’ She then finds alternative goals and works toward them.”

“I pride myself on being determined and hard-working,” Brianna said. “I’ve also had a lot of support. My mom and dad always encouraged me and are very proud of what I’ve accomplished. I’ve also had very good experiences with all of my STEM teachers, like Dr. Lessmann.

“And, I have found something I really love to do.” 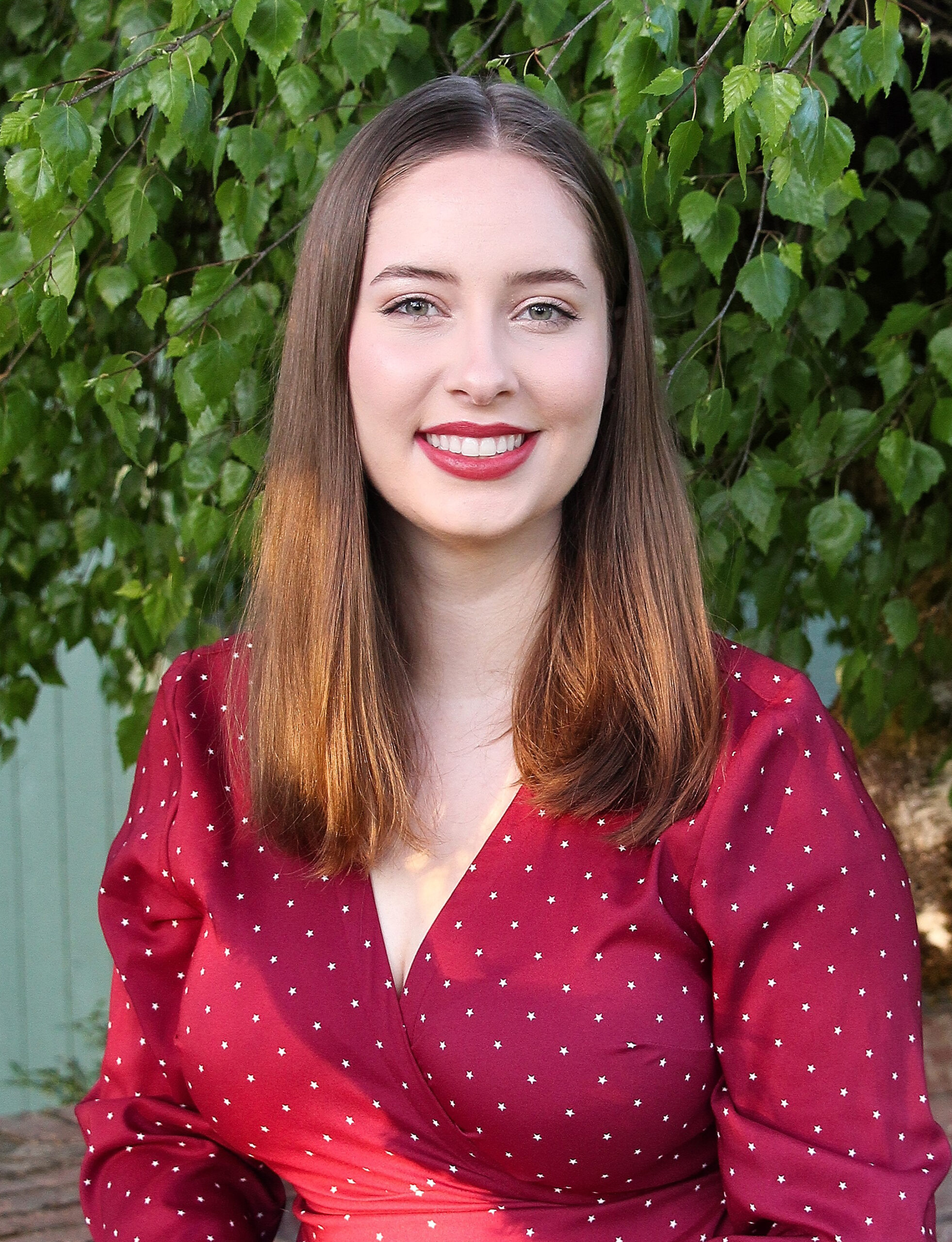 “The scholarships alleviated a lot of stress. I will graduate with no debt and a new career path. None of this might have happened without these scholarships.”
—Brianna Knode