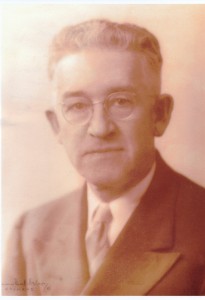 A generous gift from Phyllis Hayfield Roenicke in honor of her late father, Claude E. Hayfield, is helping WSU’s College of Business to achieve the college’s priority of helping the next generation of business leaders develop a wide range of professional skills and knowledge. Claude was a well-known pioneer banker of Whitman County. At the age of 16, he attended Washington State College and was the bugler in the ROTC unit. He opened Farmington State Bank in 1929, which he managed until his death in 1960.

At the 2013 WSU Foundation Gala, Claude was remembered as a WSU Benefactor. The Claude E. Hayfield Endowed Excellence Fund in Business will carry on his legacy of excellence in perpetuity to several generations of future Cougs.