Gerald (Jerry) R. Fox absolutely loved WSU. As a student at then-WSC in the late 1950s, he made the best of his experience by participating in as much as it had to offer as he could. 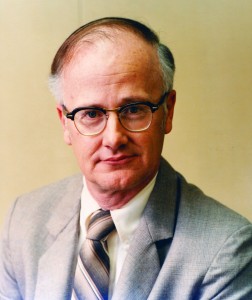 Remembered as a charismatic student, Jerry (’59 Chem. Engr.) was president of WSC’s YMCA and an active member of Intercollegiate Knights and Phi Gamma Delta fraternity, all while remaining an honor student in the men’s honors society. A sports enthusiast and member of the WSC marching band, Jerry gleefully played his clarinet with the hopes of someday playing on the Cougs at a Rose Bowl.

When Jerry graduated with his chemical engineering degree in 1959, he moved to California and began his lifelong career in the refinery industry. It was in California that he met his wife, Arlene, a music teacher who held the same passion for education as he. They both believed that education was the key to their success, and together they supported access to higher education throughout their lives.

A supporter of WSU for nearly 50 years, Jerry wanted to continue the legacy of his lifetime support and ensure that future generations of WSU students could gain a valuable education and benefit from all the University had to offer—even after his death. Today, through the generosity of his bequest to WSU, Jerry is helping to provide many of the University’s greatest needs–a legacy that will impact students at WSU for generations to come.